Himalayan Crystal Mineral Salt comes in many natural shades of colours. The colours of the crystal vary from pure white, pinks, oranges to deep reds, and sometimes a mixture of all. The reason for the variations of the Himalayan Crystal Mineral Salt is caused by the infusion of iron along with over 80 other minerals within the salt crystal. The richer the iron content, the richer the pinks, oranges and reds appear in the crystal.

Himalayan Salt like with all crystals, minerals and precious gemstones, if there is iron present, it alters the colour to a pinky/red/orange colour. For example, Selenite (commonly white) with iron present is a bright orange. The precious gemstone Amethyst; over time, heat and pressure and the rich infusion of Iron, Amethyst then becomes ‘Citrine’ which is a light yellow to darker orange colour.

WHITE Himalayan Crystal Mineral Salt; generally found in the outer parts of the salt mine. White Himalayan crystal mineral salt has a low iron content in the crystal. White Himalayan Mineral Salt is not as common, so generally may be priced higher. As a Salt Lamp, white Himalayan Salt has the same healing properties, when heated it releases negative ions which purifies the surrounding air.

RED Himalayan Crystal Mineral Salt; the dark red and the orange colours in the red Himalayan Salt is due to higher iron content.

All of the colours of Himalayan Mineral Crystal Salt is rich in minerals and offers health benefits. When the bulb inside the lamp heats the Salt crystals, the Himalayan Salt then release negative ions – counteracting positive ‘pollutant’ ions in the air, regardless of what colour the Lamp is. However, most people find that the darker the colours of the crystals within the Salt Lamp, the more calming effect it has on the surrounding environment.

When it comes to eating Himalayan Mineral Salt, a balance in colour is best ie; pink, white and red. Some people believe that the darker the salt the richer in minerals and is therefore better quality and better for your health – this is not entirely correct. The darker the colours simply means the richer the Iron content – which you can have too much Iron in your diet, so a good balance in all colours is best. 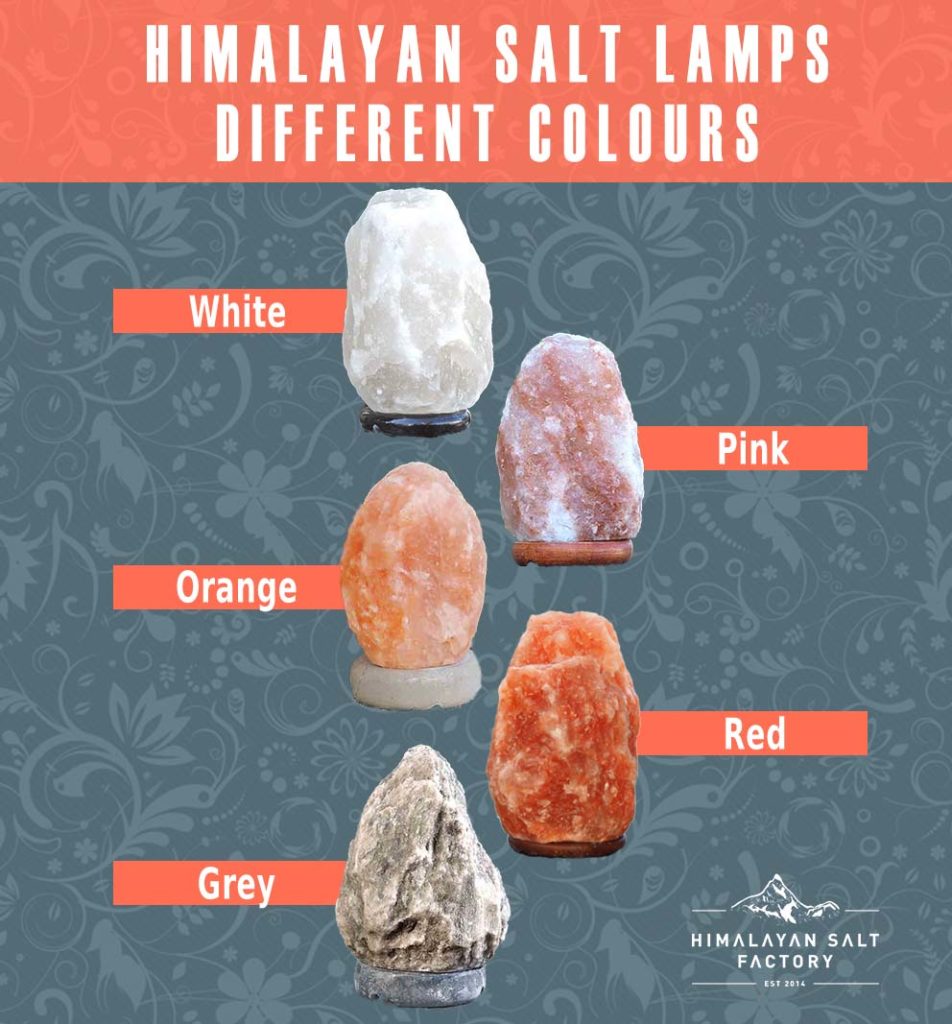